Earlier this year, I upgraded my HOTAS from a Saitek X55 to the Thrustmaster Warthog. Initially I planned to just put the throttle unit and stick side by side on my desk. The problem with that is that the Warthog stick sits pretty high and my desk, which is quite tall, made everything feel rather awkward. It felt like I was trying to fly with motorcycle “ape hangar” handlebars.

I very quickly moved the stick and throttle down to my rollout keyboard tray, mounted under the main desk top. 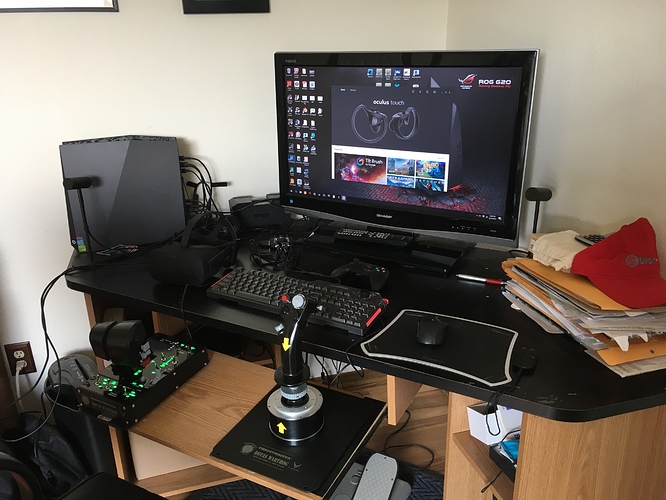 This was much better but the tray wasn’t designed for the weight (the throttle in particular, is quite heavy) and I was afraid that it wouldn’t take much for the whole setup to come crashing to the floor. Despite this concern, I continued to use this configuration for a few months. The units were still positioned too high to be truly comfortable though. Less than optimal positioning of the stick also made accurate control inputs harder to achieve.

I started looking around for a better solution and that is when I learned about the MonsterTech Table Brackets. The brackets securely clamp onto the edge of your desk, allowing you to mount the joystick and throttle several inches lower than I was achieving using the keyboard tray. Comments and reviews seemed favorable, so I ordered myself a pair with custom designed mounting plates for the Warthog HOTAS. You can also get mounting plates for other HOTAS units.

It took about two weeks before they were ready to ship out from Germany. When I got home from my last work trip the box was there waiting for me courtesy of DHL. The first thing you see when you open the box is a large cardboard envelope. This contains the mounting plates for the stick and throttle units. 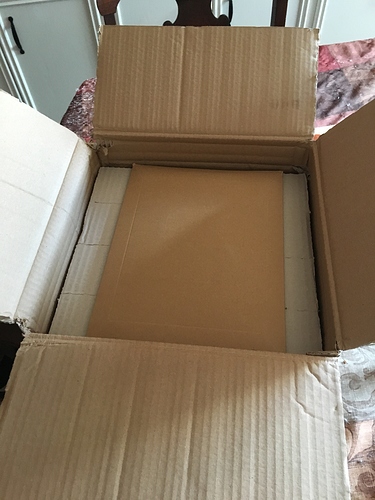 The next layer down, you get your first glimpse of the brackets themselves. They are larger and heavier than I had imagined. 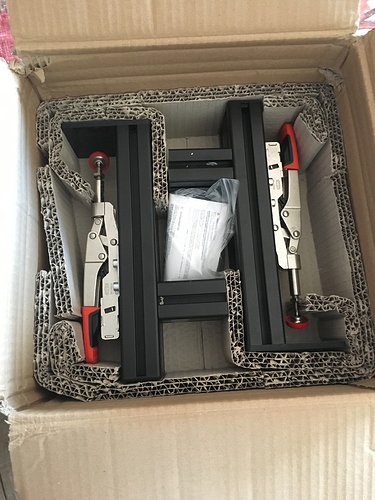 After fitting the joystick plate to the first clamp, I attached the assembly to my desk to see what adjustments would be needed. My desk top is an inch thick and it clamped on perfectly first try. The lever mechanism on the back makes any adjustments straight forward if you should need to make them. 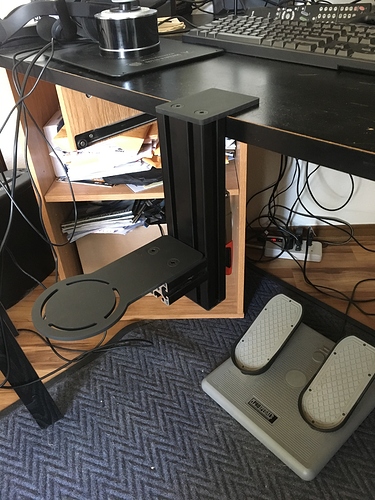 It was then a simple task to remove the stock base plate from the Warthog joystick before attaching the stick to the new bracket assembly. 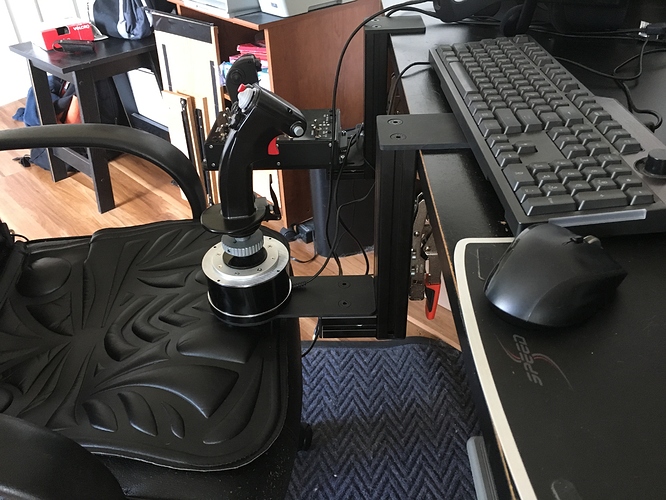 A very nice feature of the design is that you can adjust the rotation of the stick so that it fits comfortably in your hand if you intend to mount it in a central position, as opposed to a sidestick configuration. The majority of fighter aircraft and helicopters use a centrally mounted stick, so that is how I chose to set it up. I rotated the stick a few degrees counter-clockwise which seems comfortable to me.

The Throttle clamp is put together in much the same way. 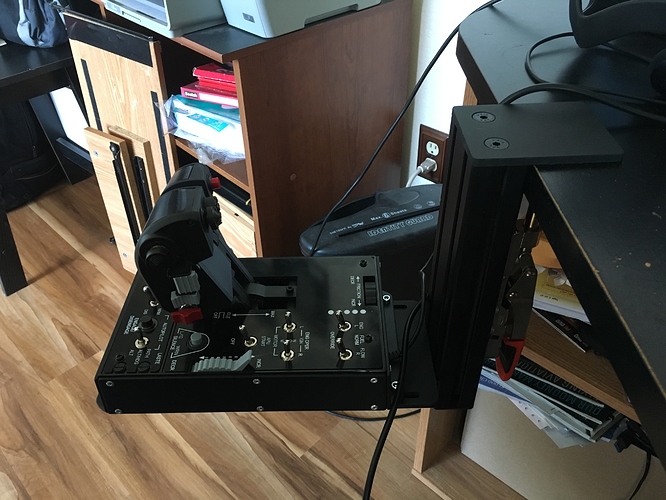 I was a little concerned that the weight of the Throttle unit would create a less than solid feel when attached to the bracket but this was unfounded. The Throttle is held in a very solid manner even when adjusted to sit as low as possible.

So this is my setup now: 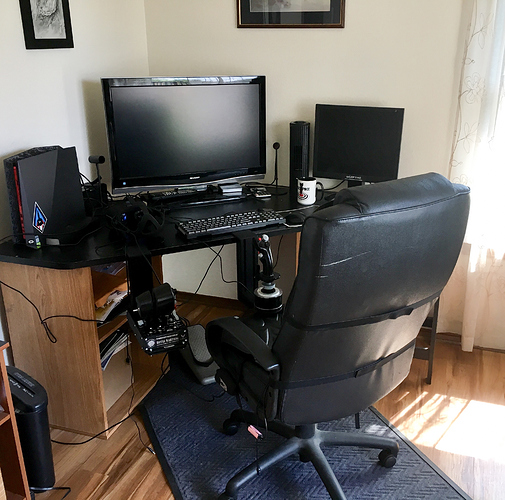 You do have to be careful when positioning yourself at the desk for a sim session to avoid banging into the stick or throttle with your knees. I think the clamp and HOTAS would be fine if you inadvertently bumped into one of the brackets, but you knees … not so much.

Overall I am very happy with the MonsterTech HOTAS mounting brackets. They are very well made with a solid feel and they look great. Most importantly, they allow the Joystick and Throttle to be mounted in a natural position, much like they would be in a real aircraft. Having the stick positioned in the right place allows for much more precise control inputs as well.

Conclusion: Highly recommended if you don’t want to build a full-blown sim pit but would like to securely position your HOTAS in a more comfortable and realistic manner.